Lithium batteries are the most commonly used power source for smartphones and tablets. However, some time ago, the explosion of lithium batteries in several mobile phones was chilling. On July 21, a truck loaded with nearly 40 tons of used lithium batteries caught fire, causing the Xinkun section of the Shanghai-Kunming Expressway to be interrupted for nearly five hours. In these news reports, lithium batteries seem to be a "dangerous product" that is very fragile and prone to fire and explosion.

Yesterday, the reporter confirmed in the Longtan Lake fire squadron that lithium batteries will swell and smoke once physical damage occurs, especially after the water is absorbed, the lithium battery will release more heat. 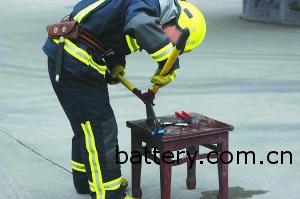 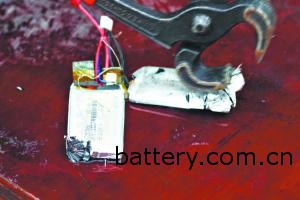 The cut lithium battery is a layered structure inside. 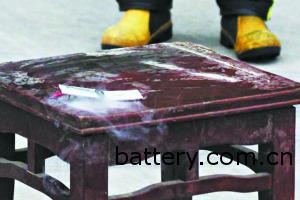 Lithium battery loves to get angry

Why are you getting angry?

It is understood that lithium metal is very active in chemical properties and is a dangerous item that is in danger of being exposed to moisture. It will release flammable gas when exposed to water or humid air. In fact, the phenomenon of heating or burning of lithium batteries is mainly caused by short circuit and excessive current. For mobile phones, the charging and discharging currents are too large. There are many factors that cause a short circuit in a lithium battery, including physical damage to the battery, temperature of the environment, and short circuit between the positive and negative electrodes. If the lithium battery case is damaged, it will cause a short circuit inside the battery core, which will generate heat.

Yang Yong, an associate professor at the School of Electrical Engineering, Huazhong University of Science and Technology, told the reporter that under normal circumstances, the electrolyte contained in the lithium battery is in a sealed state and will not react. However, when the outer casing of the lithium battery is broken and the electrolyte inside encounters air or water, a chemical reaction occurs, generating gas and heat. "When the reaction is severe, it will burn or even explode."

Among polymer model players, lithium polymer batteries are commonly used. However, this kind of lithium battery that appears later and has more mature technology still has certain dangers. Some players have placed lithium polymer batteries on the window sill. As a result, the sun's exposure caused the internal pressure of the battery to increase, the battery suddenly ruptured, and smoke was emitted. In addition, when the player is flying the helicopter model, the lithium polymer battery is thrown onto the propeller, and several batteries are smoked in the air instantaneously, and the fuselage is also deformed by the high temperature that is released when the lithium battery is damaged.

In the tablet computer, the lithium polymer battery is used as the same, but since the tablet computer has far less capacity for charging and discharging the battery, when the battery is physically damaged, the energy released instantaneously is not so large, but the high temperature is released. "For example, if the tablet is rolled by the wheel, then first observe whether it is smoke. If not, then touch the outer casing of the battery to see if the temperature is normal. Do not rush to put it in the bag, so as not to Caused a bigger fire accident." Wang Hongyu, the squad leader of the Longtan Lake Squadron, suggested that for electronic devices such as tablet computers that use lithium batteries, care must be taken to avoid exposure and to avoid violent bumps.